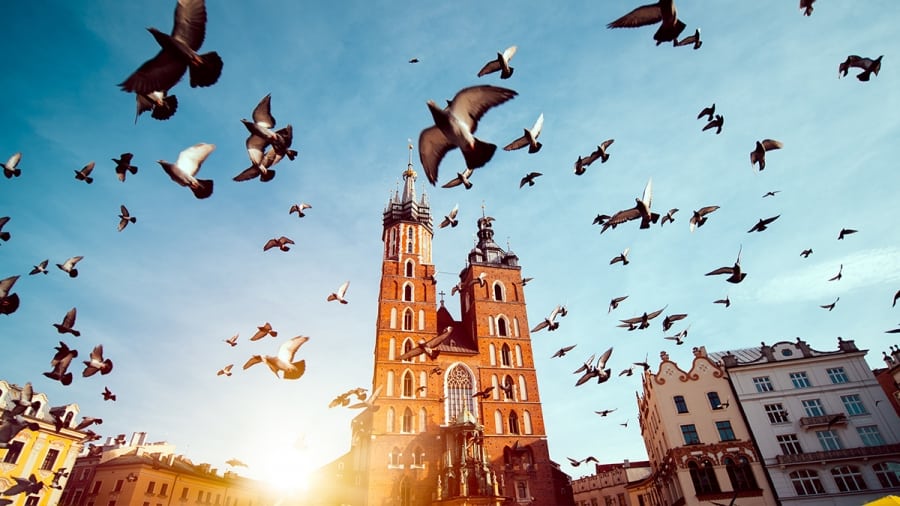 Early 2005 – ‘twas all rather eerie. I was having the time of my life during the second year of my history degree. Meeting new people. Playing snooker. Setting up a band. Studying (occasionally). It had never crossed my mind that I might soon embark on my first trip to Poland.

Despite my Polish roots and twenty years of my life passing by without any contact with Poland, the Polish culture, or Polish people, I was intrigued and excited when my landlord told me that a Polish guy wanted to view the vacant room in the student property I was living in. The memory is still with me – a lost wanderer with a crumpled map of Nottingham appeared at the end of the driveway. The landlord invited him inside to see the room. Paweł and I talked very briefly about Poland and I told him a little bit about my background. He didn’t take the room (it was full of mould), but we would meet again.

Between February and May, I would occasionally see Paweł around the university campus after the time we had met at the house. In June, Paweł invited me to his place in the Meadows, a deprived estate close to Nottingham city centre. I figured that he must have got my mobile number from one of my ex-housemates, who Paweł was friends with. When I arrived at his house, he had already prepared tea and biscuits downstairs. The meeting progressed, and we talked about Poland and my roots – and then came a moment that would change the entire course of my life. With a worrying amount of calm, he invited me to Poland, though it was more like a polite suggestion. It was all so bizarre because I had only really known him on a personal level for an hour.

Honestly, I didn’t really have to think twice about Paweł’s invitation. The bus for Kraków was due to depart from Nottingham only a week or so later. The days after the meeting were very hectic. I had to call the bus company to see if they could send a ticket out to me in the post. Unfortunately, there was no time for that, but they said that my ticket would be waiting for me at Victoria Station in London, where the bus was scheduled to make a stop …

All in all, there was a great deal of spontaneity, intensity, intrigue and excitement surrounding my first trip to Poland.