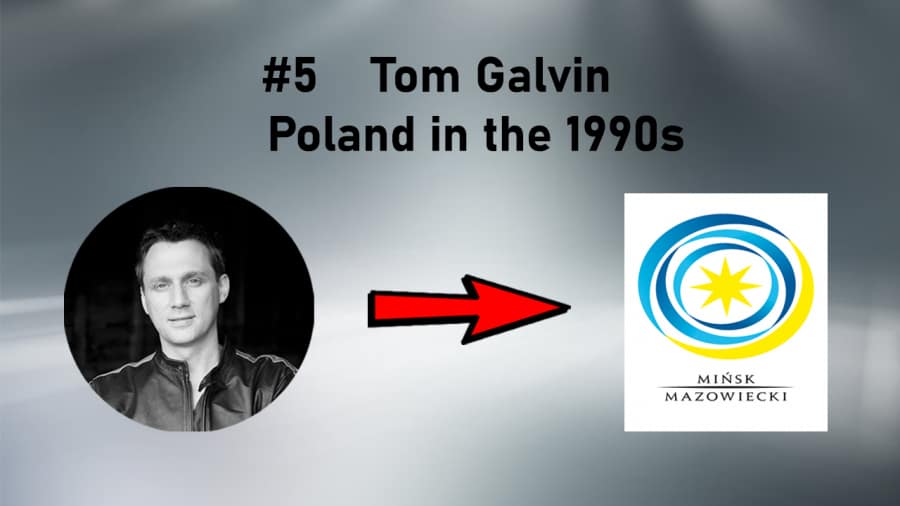 After reviewing Tom Galvin’s book There’s an Egg in my Soup … … and other adventures of an Irishman in Poland in a recent post, Tom kindly agreed to be interviewed to reflect on his time living in Mińsk Mazowiecki in the 1990s. In this short interview, we also touched upon themes as diverse as travelling in Poland, nostalgia, dealing with negative book reviews and Polish hospitality.

It’s been a pleasure catching up with Tom in recent weeks. Let’s dive in to see what he had to say about his time in Poland:

1. Reading There’s an Egg in my Soup … and other adventures of an Irishman in Poland, it seems that you endured some exceedingly burdensome conditions in Poland – long winters, days without heating and electricity, frustration with some of your students, even – hunger. In my review of the book, I refer to your qualities as a human being, namely your resilience. All in all, to what extent did the five years you spent in Mińsk Mazowiecki mould your present-day character and mindset?

❝ Looking back now – and we are talking about 25 years – the memories are still very vivid, although coloured, naturally, by time and the bit of wisdom and experience with which one can view the past. I did write in the book that the first year was one of the loneliest years of my life, but also the most rewarding. You learn a lot about yourself when you are forced to struggle in a strange land. That struggle was greatly eased by the Polish people who made me feel as though I wasn’t really a stranger, but a guest. Without that support I probably wouldn’t have lasted so long. Also, I was just in my early twenties and viewed the whole thing as a bit of an adventure. I could laugh at things that went wrong, keep a safe distance from their emotional impact, all in the knowledge that if things really went south I could always leave. And I think that was the difference. There was an exit if needed.

2. I’ve read a few reviews of There’s an Egg in my Soup on Goodreads.

A Mr Ralph Lavelle made the following point:

… way too much grim drinking. I like my authors to kick back a little and reveal their alcoholic tendencies from time to time, but less is more in this dept. In this book however, the boozing just never ends.

And here’s Agi with her broadside:

BUT what I didn’t like was Tom laughing at Polish cuisine. Beetroot soup for example and egg in it. Hello, you have carrot or beetroot cake! How weird. Or carrot and orange soup. And almost all Irish soups are made like for toothless kids – puréed.

Do reviews of your books sometimes make you feel regretful, that you were perhaps insensitive with some of your musings? Or, do you think some people just don’t know what ‘tongue in cheek’ means?

❝ Well, there was a lot of drinking. It came with the territory really. And I was reading a lot of Kerouac and Bukowski, so I suppose I saw myself as something of a pained artist struggling to find himself. I don’t think it was all about drinking, however. But when you are in your twenties, single, living in a foreign country, you do go and party a lot.

As regards the tongue in cheek humour – perhaps it was a bit cynical at times. I did revisit the book recently and thought that maybe some of it was a little insensitive. But at the same time, I have received some wonderfully positive reviews from Polish people over the years who understood the humour and saw how passionate I was for the country and its people, and how much the whole experience meant to me. Some of the bad reviews . . . yep, ouch. But they can’t all be fans.

3. So, you live in Wicklow, Ireland, with your Polish wife, Asia, and twins. Do you ever get so nostalgic about Poland that you think you might like to move back there? Do you ever talk with Asia about returning?

❝ I won’t ever be returning and, for various reasons, nor will my wife. We do visit and I always look forward to going back and doing some travelling in Poland. But each time I do, I am reminded how much things have changed. Out of the group of 25 or so of us who went there on the programme, only one has remained. He’s a great friend of mine and we are constantly in touch. Occasionally, I would ask him: ‘How is so and so . . . or is such and such a place still there?’ And he has to remind me that, you know, Tom, mate, you’re still back where you were 25 years ago. People have moved on, places have changed or closed down.

I only ever returned to Mińsk once to visit the director of the school and to spend a night out with some of the Polish friends I had, the guys I played in the band with. It was nice to do that but I won’t be doing it again. I’m too sentimental and really would rather cherish the memories I have rather than taint them with the reality of how things are now. I don’t ‘miss’ a lot about Poland. I certainly don’t miss the winters and don’t think that I could ever go through one again. But I do look back fondly and realise that my years there were really my formative years and for that I am so grateful.

An admirable and thought-provoking response. Cherish the memories and don’t taint them with the reality of how things are now.

I must say, however, that the Polish winters of old don’t really exist any longer. This winter, the biggest cities in Poland have barely seen snow and daytime temperatures below zero. February and March have been unbelievably sunny.

4. As the old saying goes in Poland: ‘A guest at home is God at home’.

How different is Polish people’s take on hospitality to the way Irish people perceive hospitality?

❝ As you can see from what is going on in Ukraine, the Polish people were the first to welcome refugees into their own homes and did so with humility; unlike in the UK where they had to put it on Sky News and on the front page of the Daily Mail. I mean, they spent years moaning about ‘immigrants from Eastern Europe’. What Poland is doing now for Ukraine hasn’t surprised me at all as I had experienced the generosity and warmth of the Polish people first-hand.

The Irish . . . I don’t know, were we ever really very welcoming? We’re great for a bit of a laugh and a slap on the back, but we have our boundaries. I don’t think the doors are always open in Ireland for strangers. We’d rather give you a few quid for the hotel down the road than give up a bed.

5. Big cities and off-the-beaten-path destinations, could you tell all about some of the finest places you’ve visited in Poland?

❝ My favourite places to visit in Poland were the mountains. Although everyone recommends the Tatry mountains, I always preferred the Pieniny for its tranquility and diversity. I do go to Slovakia a couple of times a year (sorry!) to hike in the Fatra mountains. I find the Tatry mountains (which also stretch into Slovakia) too touristy and overpriced. The last time I went, the trails were like marble from the footfall. But they are sublime in their majesty. I loved some of the cities I visited in Poland: Wrocław, Poznań, Lublin and Zamość, which is near Lublin. Toruń is also a beautiful city. I used to stay there a lot as my wife was studying in Toruń when I was working in Mińsk.

I wrote in my book about a village called Grabarka, where I was invited into the home of a local family having got caught in a bit of rainstorm. Some of my best memories of travelling in Poland are those: meeting people in just very normal places like the small towns and villages, the type of town I lived in and the type of town like Kałuszyn, where I befriended so many people of my own age and where we played in the band together. I used to even like going into the bars I was told never to go into because they were just full of old men drinking. But they had such great stories! That kind of immersion in the lives of other people is so much more rewarding than visiting the big tourist destinations.

I used to love train and bus travel in Poland. People forget how big a country it is and how diverse it is from east to west and north to south. The one city, however, I have never visited, to my shame, is Gdańsk. How I spent five years in Poland and never visited Gdańsk . . . One day.

Gdańsk – the city I live in. What a city it is. I hope that Tom makes it to Gdańsk one day.

Zamość – God knows why I didn’t visit this city when I went to Lublin in 2012. 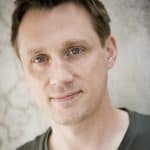 * Tom Galvin is an author, journalist and passionate musician. He lives in Wicklow, Ireland, with his Polish wife, Asia, and twins, Alex and Alicia*

Order a copy of There’s an Egg in my Soup … on Amazon.