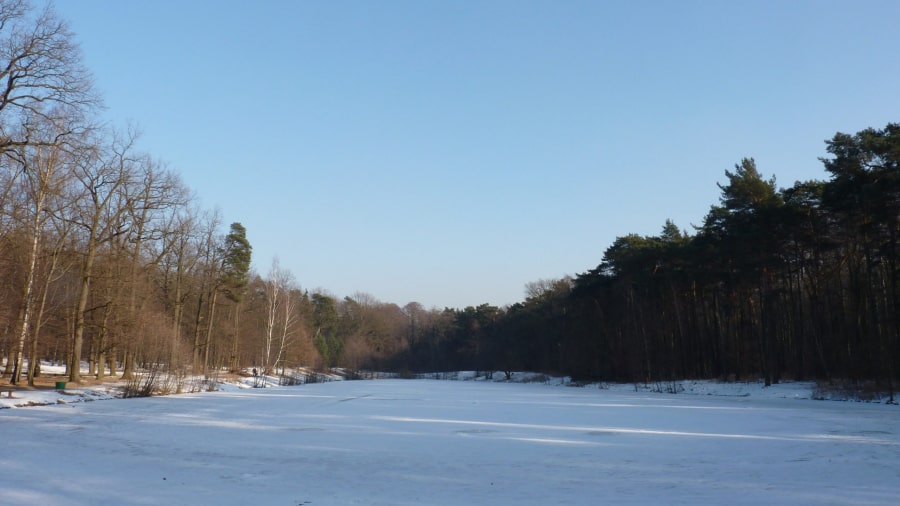 June 2005. I’m sitting on a coach right outside of Nottingham Station. I should be in Kraków in 30 hours from now. It’s 9.45am and the smell of vodka has filled the entire coach. Are most Poles must be raving, vodka-drinking alcoholics? Do I really need to jump on the bandwagon and believe in these stereotypes about Polish people? After all, it appears as if only five scruffy blokes are knocking back vodka.

Let me observe some other hardy travellers. Hmm – Poles are so serious and plain-faced. Oh my – Poles do like a good ham and cheese sandwich.

What I describe above are nothing more than misguided representations.

My first journey to Poland was way back in June, 2005. In general, culture shock, as opposed to the indiscriminate fabrication of stereotypes about Polish people and Poland itself, dominated the entire time I spent in the south of Poland.

Anyway, let’s focus on five stereotypes about Polish people and Poland that I’ve grown accustomed to hearing and reading about over the years.

Stereotype 1: Poles like a vodka – or two – or ten

The idea that MOST Poles drink ridiculous quantities of vodka is a complete myth. Let me explain why.

In general there’s been a shift away from consuming spirits in Poland in recent years, as the World Health Organisation (WHO) so colourfully reminds us: 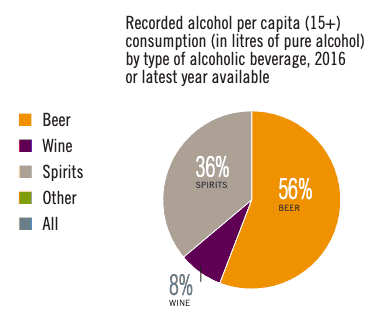 Now, let’s move on to estimates of how many litres of pure alcohol Poles drink.

I almost had a heart attack when I read the following information in Notes from Poland:

Experts warn that the increase is caused in part by the growing popularity of small bottles of hard liquor, which can be particularly dangerous for public health. In response, the government has introduced a new levy on strong alcohol sold in small quantities.

Last year’s increase has largely been driven by spirits (such as vodka), whose average annual consumption increased to 3.7 litres of pure alcohol, up from 3.3 in 2018.

When it comes to sales-related figures and very general consumption patterns, such as the rise in popularity of certain types of alcoholic beverages, I can at least half-believe the data.

However, punting at the average amount of pure alcohol Poles drink in a year is just ridiculous.

How do they know that my party-mad neighbours and I didn’t consume 30 litres of vodka last year?

Well, my dear readers, the WHO knows it all. There are more “pure alcohol” alcoholics in eighteen other countries. In 2016, Poland came in nineteenth place. I’m breaking your hearts, aren’t I? 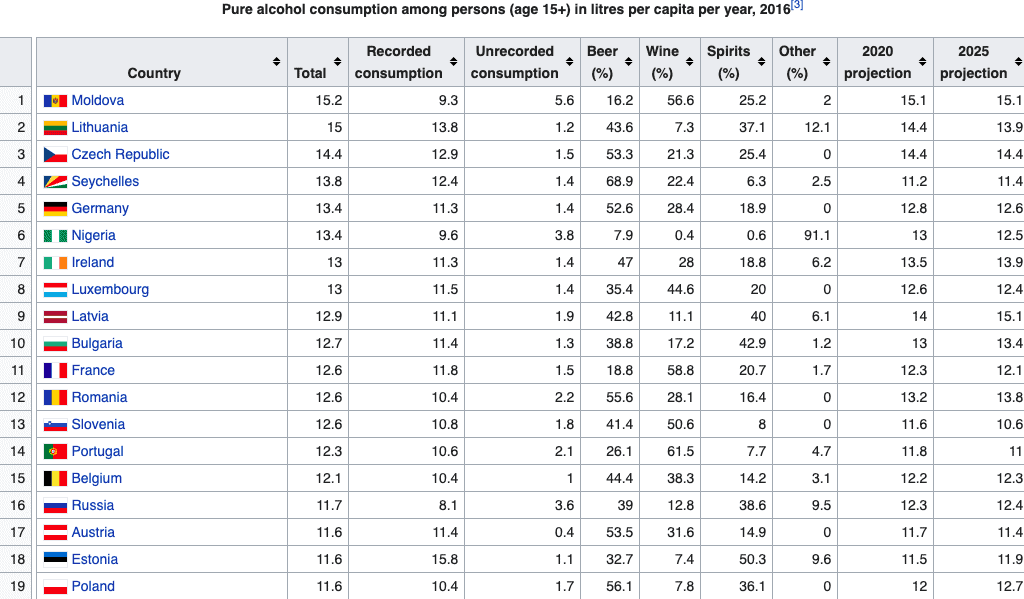 The phenomenon of the public drunk in Poland

Anyway, I fondly recall the phenomenon of the public drunk during my guitar-playing busking adventures on Grodzka Street. Night after night, the same old lashed individuals were staggering around the Old Town.

Westerners who see such drunken charades might conclude that the vast majority of Poles do the same. Hence, the formation of the stereotype “Poland is a nation of half-cut vodka-swilling individuals”.

Vodka to Poles is what tea and milk is to Brits.

Vodka plays the role of social glue in Poland.

Do most Poles aim to get leathered? Or do they like to sip vodka slowly with their chums whilst washing it down with high-fat and salty snacks to cushion the alcoholic blow?

In my experience, not many Poles don’t drink to be off their faces.

Of all the Western stereotypes about Polish people, this one has to be the most absurd.

Many foreigners who move to Poland to work (namely, English teachers), complain about Poles who don’t smile.

Their grumblings mostly arise because of the cold old codgers who work in state institutions, such as the Office for Foreigners.

Honestly, I’ve come across quite a few local government officials in Poland who didn’t smile. However, it doesn’t give me, or any other foreigners, the right to deduce that Poles never smile.

I’ve also come across plenty of miserable local government officials and members of the general public in England, Serbia and Bosnia.

Does anybody smile any more?

So what about smiling at people on the street?

I’m a big fan of Leah Morawiec and her blog polonization. Somewhat disconcertingly in one of her posts, however, she forewarned newbies in Poland that Poles don’t smile at people on the street.

To be frank, I just can’t picture how North Americans or other westerners “smile at people on the street.” It’s not one of my habits.

For this “Poles never smile” stereotype, I have to stand behind Polish people on this one.

Are Poles expected to smile when they’re heading some place or have their heads buried in their mobile phones?

Stereotype 3: The most beautiful Polish city is Kraków

My association with Kraków goes way back to 2005.

In and around Rynek Główny, there are some amazingly pretty streets. Grodzka and Kanonicza have always been favourites of mine.

In my view, however, Kraków’s beauty and charm is rather limited to a relatively small area of the Old Town and the area around Wawel Castle.

I believe that Gdańsk offers more wondrous allure than Kraków over a much larger area – even in districts outside of the city centre. Indeed, the seafront districts of Jelitkowo and Brzeźno are majestically green and vibrant. Then there’s the district of Oliwa with it’s stunning Oliwa Park.

Sure, Gdańsk doesn’t have the market square that Kraków has. However, there are some extremely pretty streets in the city centre of Gdańsk. I’ve only just begun to scratch the surface with these three streets I’ve written about.

In my opinion, Gdańsk outdoes Kraków in the outstanding beauty department.

Stereotype 4: Warsaw is grey and ugly

So, the fact that I enjoy spending time in Warsaw suggests that it might not be such a hole after all.

Warsaw is an exceptionally green city. Tree-lined streets and an abundance of parks bless the districts in and around the centre.

And what about Warsaw Old Town?

Its narrow cobblestone alleys and the Old Town Market Place, not to mention the eye-catching architecture and gorgeous tenement houses reconstructed after the Second World War, all serve to make the Old Town of Warsaw an incredibly picturesque place to savour and stroll around.

The first time I visited Warsaw was in 2006. I remember that the area surrounding the Palace of Culture and Science was just a dusty dump. Nowadays, there’s a definite tinge of modernity all around the Palace with huge towers of glass and steel.

Renewal and regeneration has done Warsaw a world of good.

Stereotype 5: Poland is covered in waist-deep snow every winter

October, 2007. I vividly recall how the snow began to fall in Kraków.

I believe it was one of the few winters over the past fifteen years when one could see snow piled up in city centres across the country.

Having stated that, the snow came down virtually every other day in Gdańsk from Christmas until the end of March 2021. Still, it wasn’t particularly cold. Last winter was relatively warm and comparatively snowless in Gdańsk.

Naturally, climatologists put these snowless trends down to climate change and global warming.

Based on analysis of data gathered every day from 50 weather stations in Poland over the past 50 years, there is less snow and more rain in winter.

Clearly, an increase in temperature has had a marked effect on the form of precipitation.

I don’t want to get too scientific.

The fact of the matter is – a long, snowy winter in Poland might only occur every five to ten years in the coming decades.

No, folks, Poland’s climate is not comparable to that of Siberia.

Stereotypes about Polish people and Poland

There we have it – two stereotypes about the behaviour and demeanour of Polish people. And three stereotypes related to the country of Poland itself.

On the whole, I haven’t really had any issues with the non-smiling, complaining, vodka-willing, cheating Poles who despise Warsaw, go to church every Sunday and roll about in the snow from October through April.

Stereotypes must be taken with a pinch of salt.