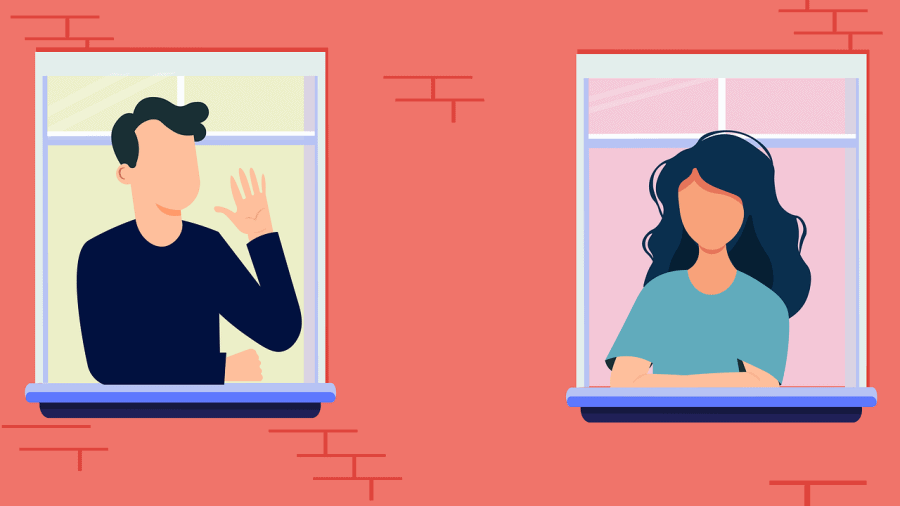 Unsurprisingly, I’ve never had Polish neighbours in any other country except Poland.

Recently, I’ve been wondering about my Polish neighbours in Gdańsk. I’ve been living in my current flat since February 2020.

DISCLAIMER: These observations do not apply to all Polish people (or neighbours) by any means. They’re just my observations and experiences. I wouldn’t like to tar all Poles with the same brush.

Are Poles neighbourly when you’re the new kid in town?

Whereas I worked full-time in schools and companies in those two-cities, I now work from home. Therefore, I’m used to seeing my immediate neighbours coming and going.

Before I share my experiences with my dear neighbours here in Gdańsk, let’s check out what founder of polonization.pl, Leah Morawiec, had to say about her experience when she first moved into a flat:

When I first moved into my current flat with my husband, I wanted to say hello and talk to the neighbors telling them who we were and that kind of thing. You know, neighbor stuff. And my husband said “nigdy w zyciu” and “oh, why don’t you just make them a cherry pie too?” So, yeah, don’t even think about it.

So, when I knocked on my two most immediate neighbours’ doors back in 2020, I ventured into uncharted “never in my life” territory.

Moody Mariusz and The Masters of Avoidance

First door on the right, Moody Mariusz, as I now call him, opened the door and greeted me with a grunt and look of horror on his face. Our conversation went something like this:

Me: Hi! Nice to meet you. I’m your new neighbour

Me: Well, just to introduce myself

Some people are just shy and withdrawn. However, there are no excuses for not being able to adhere to “thou shalt love thy neighbour as thyself”.

I think Moody Mariusz is a disgrace.

And all those half-hearted “Dzień Dobrys” he keeps mumbling when I see him might as well be “Get out of my sight”.

Both his wife and he have mastered the art of pretending not to notice my wife and me when walking past us on the street as well.

First door on the left – Mr Cough. So-called because his coughing can be heard through walls, several streets away, even on the other side of the city.

I don’t want to criticise Mr Cough too much. He always looks like he’s carrying the weight of the world on his shoulders. Goodness knows what he’s been through. Earlier this year, I put two and two together and concluded that his wife and little daughter had disappeared.

Still, there are no excuses for his despicable don’t-love-thy-neighbour behaviour. One time, as my wife and I were locking up our flat, Mr Cough had climbed the stairs and probably saw us in the mirror on the wall just outside our flat. What did he do? He continued climbing the stairs so as to avoid us altogether. Perhaps he ended up on the roof.

I must have seen Mr Cough twenty times in the area. He pretended not to see me every single time.

But I bet he knows mine somehow. As Leah wrote:

A little distrust of your neighbours is healthy in Poland because somehow they know everything about you even though you’ve never told them.

Mrs Suspicious and the initial friendliness which turned into indifference

In my first few days in our new flat, I ran into a lady who lives on the same floor as me, albeit right at the other end of the building.

She asked me whether we’d just moved in and told me I could count on her should we need any help.

Several days later, I knocked on her door to ask some questions regarding the building administration company. When she opened the door, she looked at me as if I were a complete stranger.

What happened? Good intentions soon turned into jealousy? Perhaps she found out I have two parking spaces and she has one or something because she was incredibly suspicious of me during this second little exchange of ours.

Like Moody Mariusz and Mr Cough, Mrs Suspicious is another one I’d rather not have to utter a half-hearted “Dzień Dobry” to if I can help it.

Will your Polish neighbours show any concern in times of trouble?

Recently, my flat flooded for reasons I’d rather not go into.

Being the responsible and thoughtful individual I am, I informed the people directly below me as well as Moody Mariusz’s wife.

A day or two after informing the couple below me, the male half, who looks like a bulldog, completely blanked me on the street.

Come on man! Where’s the empathy?

It’s gone beyond the joke. I’ve begun to wonder whether I’m living in a mental hospital.

My Polish neighbours – Ill-mannered but ok

Leah Morawiec wrote a cracking post about jealousy in Poland.

There seems to be a great deal of jealousy in the air where I live. And not just jealousy. Suspicion and ignorance too.

Anyway, what about Moody Mariusz? Is he jealous of me because he has 20 less square metres of property to his name?

Hence, I can forgive them for their ignorance, jealousy, suspicion, ill-mannered nature and lack of compassion.

All in all, it’d be really controversial to tar an entire nation with the same brush. I’m sure there are some nice Polish neighbours out there somewhere.