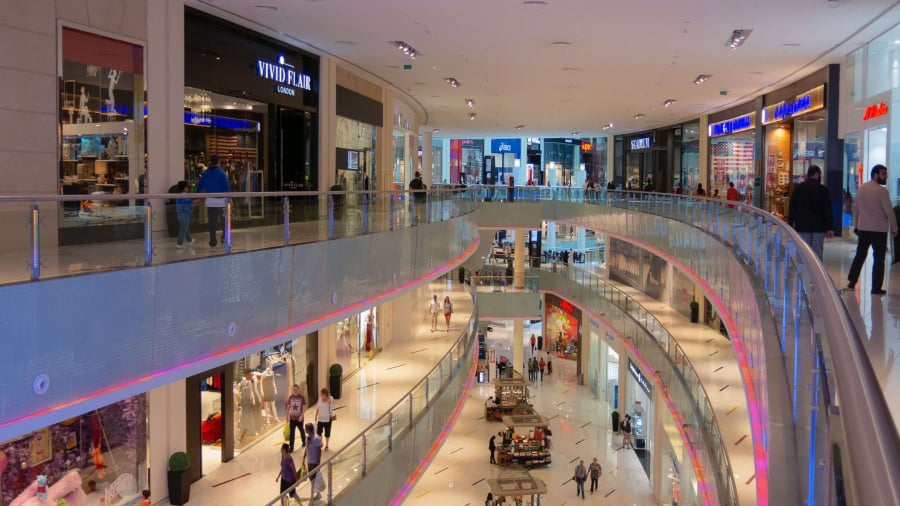 Naturally, Poles are divided when it comes to the Sunday trading ban in Poland that, from 2020, will see a ban on trade on all Sundays, apart from seven exceptions.

The Polish Catholic Church and the Solidarity Trade Union (Solidarność) both put relentless pressure on the conservative and pro-Catholic ruling party, Law and Justice (PiS), to pass legislation to give employees the chance to rest and spend time with their families on Sundays.

The Polish law banning almost all trade on Sundays came into effect on March 1, 2018.

Let’s check out the finer details of the Sunday trading ban in Poland:

THE ORIGINS OF THE SUNDAY TRADING BAN IN POLAND

WHO SUPPORTS THE SUNDAY TRADING BAN IN POLAND?

WHO OPPOSES THE SUNDAY TRADING BAN IN POLAND?

EXCEPTIONS TO THE SUNDAY TRADING BAN IN POLAND

WHERE DO I STAND ON THE SUNDAY TRADING BAN IN POLAND?

What are the origins of the Sunday trading ban in Poland?

The Polish law banning almost all trade on Sundays came into effect on March 1, 2018. However, rumblings for change within PiS can be traced back to 2007.

Fast forward some nine years to September 2, 2016. Representatives of Solidarity, among a coalition of several other groups, submitted a citizens’ bill to parliament. This proposed a ban on Sunday trading by the majority of retail outlets. The groups had collected the required number of signatures in order for parliament to pay heed to the proposal.

In September 2017, Solidarity presented over 518,000 signatures in the Polish parliament in support of a ban on Sunday trading.

Then came Friday, November 24, 2017 – Black Friday. Customers around the world, including Poland, were hunting for promotional sales. On the same day, the Polish parliament approved a bill that would almost entirely phase out Sunday trading by 2020.

The Polish parliament eventually passed the bill on January 10, 2018. President, Andrzej Duda, signed the measures the same month on January 30.

The Sunday trading ban in Poland in phases

On March 1, 2018, a law came into effect banning almost all trade on Sundays.

Throughout 2018, Polish retailers were forced to close on each Sunday of the month, apart from the first and last. Trading was also allowed on the two Sundays preceding Christmas. Hence, there were a total of four trading Sundays in December that year.

In 2019, the Polish Government continued with its phasing out of Sunday trading. The last Sunday of every month continued to be a shopping day.

As in 2018, the Government allowed trading on the Sunday preceding Easter and the two Sundays before Christmas.

From January 1, 2020, a blanket ban on Sunday trading came into operation.

Who supports the Sunday trading ban in Poland?

As mentioned previously, Solidarity heaped the most pressure on PiS to pass legislation that would prohibit Sunday trading.

Alongside Solidarity, the Catholic church inevitably had some influence on PiS and the Sunday trading ban. Indeed, leading Catholic bishops, such as Stanisław Gądecki, spoke out in favour of a prohibition on Sunday trading. Back in August 2017, Gądecki told Radio Poland: “Free Sundays are what all Catholics, non-Catholics and non-believers need.”

When it came to citing reasons for supporting the Sunday trading ban, Polish clerics were keen to avoid the religious card. Instead, they based their arguments on the need to boost families’ quality of life. Indeed, Archbishop of Katowice, Wiktor Skworc, said: “Families don’t just need financial support, they need time for themselves”.

Who opposes the Sunday trading ban in Poland?

Surveys conducted in 2016 and 2017 pointed to a population that was in favour of an outright ban or partial restrictions.

Throughout 2018 and 2019, polls generally represented a population that was in favour of lifting the ban. For instance, a poll conducted by Havas Media among 1,077 adults in January 2019 revealed that 46 percent of Poles wanted a repeal of the ban. This figure compared with 37 percent the previous year.

The All-Poland Alliance of Trade Unions (OPZZ) was vociferous in its opposition to the ban. It argued that employees would be doomed to working longer hours on Fridays and Saturdays. Moreover, the Alliance claimed that the work would inevitably be harder because workers would have to attend to more customers on these two days.

It goes without saying that major retailers were against the ban. In August 2018, Tesco PLC decided to scale down its Polish operations as the ban decreased profitability.

In the ice cream sector, Małgorzata Grycan, co-owner of the Grycan network, said: “It will be a disaster for us and the food sector … Most of our cafes are located in shopping malls which will be closed on Sundays. We have a tradition in Poland to go out for ice cream or cake with the family on Sunday.”

Finally, the impact of the trading ban on small shops deserves a mention. The Union of Entrepreneurs and Employers (ZPP) rallied over 500 owners of small shops to sign a petition for the abolition of the Act. Thereafter, the petition was submitted to the Chancellery of the Prime Minister on March 12, 2019. ZPP also demanded changes to the Labour Code, ensuring that every employee would have two free Sundays a month. You can read more about the petition here.

Exceptions to the Sunday trading ban

There are over thirty exceptions to the ban. For instance, the ban doesn’t apply to shops at airports and railway stations, stores at gas stations, kiosks, restaurants, pharmacies, flower shops, bakeries, confectioners and post offices.

There is one interesting loophole connected with the trading ban. If the owner of a store is the sole worker on a Sunday, the right to trade exists. Apparently, family members are allowed to help out, providing that they work for free and are not contracted employees.

Where do I stand on the issue of the Sunday trading ban in Poland?

Whilst in Gdańsk in the summer of 2018, my wife and I went to Centrum Riviera, a large shopping centre in Gdynia.

At the time, I had no idea that a trading ban was in operation. Gazing up at all the closed shops upon entering Riviera, I could do little but attribute the closure of the shopping centre to a one-off religious holiday. Later that day, Google informed me why Riveira was closed.

Fourteen months or so after my Riviera adventure, my wife and I planned to spend one bitterly cold October Sunday afternoon walking around the Gdańsk neighbourhood of Zaspa.

Ah – Sunday at its best. No rampant commercialism. No telephones and laptops. No fixed plans and maps. Just a good old walk. It felt like the good old days.

By the good old days, I mean the early nineties when people would actually go out for walks and spend time with their loved ones – away from mass consumerism and addictive devices.

Therefore, I can see where the Catholic Church, Solidarity and PiS are all coming from. They would like to revitalise the meaning of the word “family”.

Even though I tend to favour tradition over consumerism, I also understand the concerns of students, busy people and small business owners. Many of them view Sunday as the only day on which they can do their shopping.

People should try to adjust to the ban and pass their time in a more “quality” way. For example, they could spend time in nature or go for a walk in the park. Sadly, I believe that the majority might see the Sunday trading ban as reasonable motivation to while away even more time on their phones.

All in all, having one or two trading Sundays a month is a great compromise for everyone.