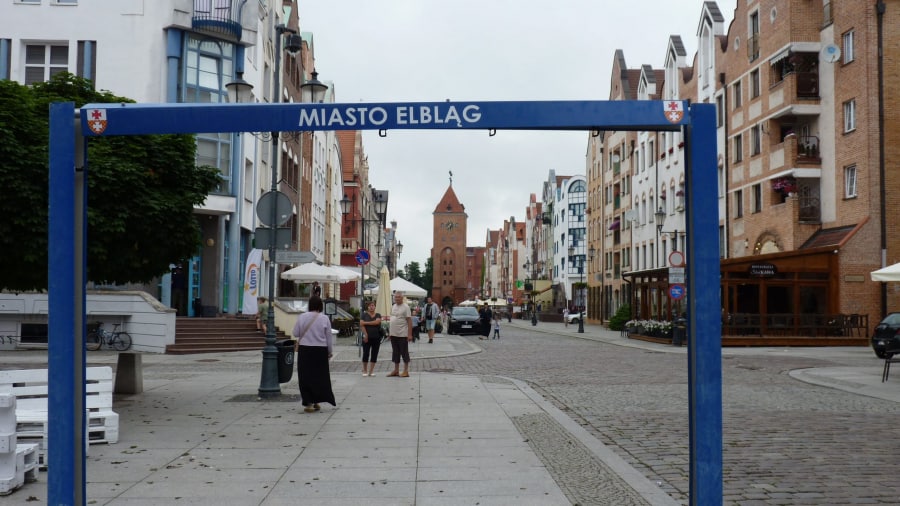 One week after visiting Toruń, my wife and I hit the road again to check out the best things to see and do in Elbląg.

Elbląg is a city in northern Poland, assigned to the Warmian-Masurian Voivodeship.

If you’re staying in Gdańsk for a longer time, and have wheels, Elbląg is just a 45-minute drive away.

You can visit the famous Malbork Castle and Elbląg in a single day. Malbork is just a thirty-minute drive from Elbląg. 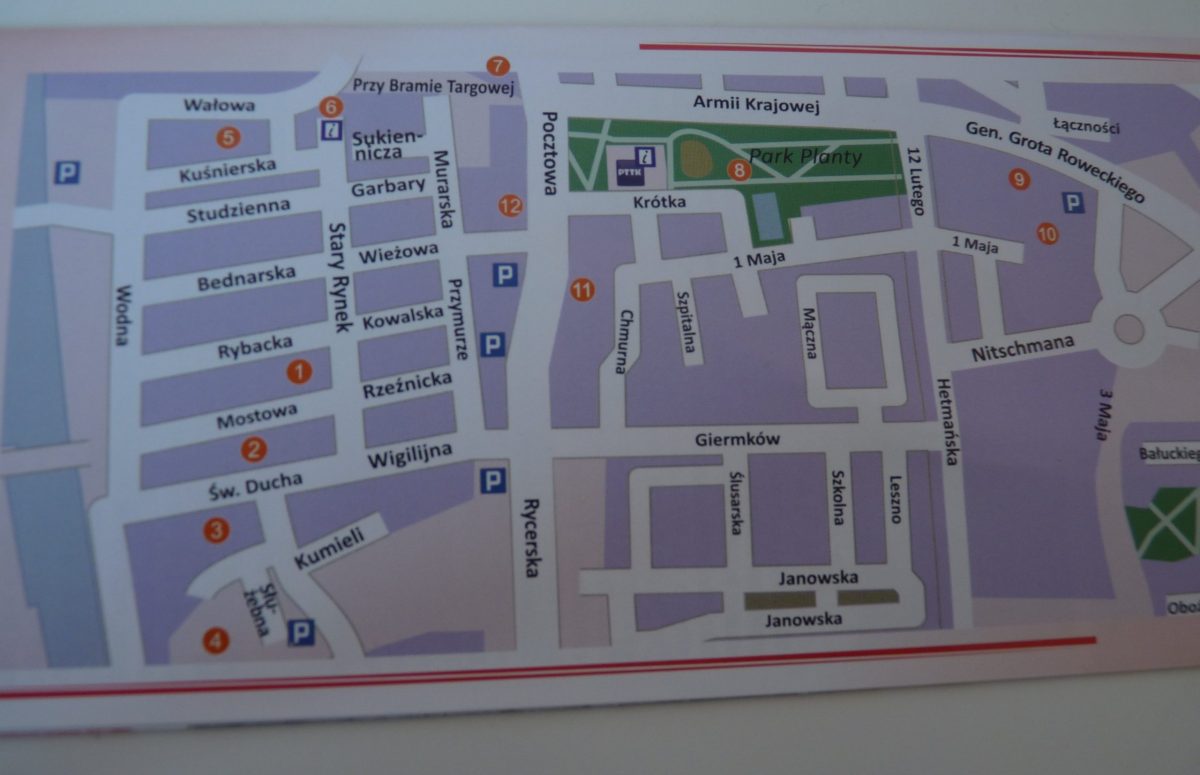 4. Museum of Archaeology and History

The top 5 best things to see and do in Elbląg

We parked up in a car park just behind the Zielone Tarasy shopping centre. This is just a short ten-minute walk to Old Market Street.

Arriving at the Market Gate, and gazing down Old Market Street, everything looked so remarkably similar to the most famous street in Gdańsk – Długa.

Outdoor exhibition on the revitalisation of Elbląg

On Old Market Square Street, between the town hall and the St.Nicholas Cathedral, there’s an outdoor exhibition presents the history, destruction, preservation and revitalisation of Elbląg through the centuries.

Here are some of the most interesting facts and pieces of information I took away from the exhibition:

2. Climb up the Market Gate Tower

The Market Gate (Brama Targowa) is the only surviving part of the old defensive walls surrounding Elbląg.

The lower part of the gate was constructed in 1319, while an additional storey was built in 1420.

The Market Gate is perhaps most well-known for an episode which took place during the Polish-Teutonic War of 1519-1521. On 8 March 1521, one of the Teutonic army units had a plan to conquer Elbląg. It sneaked up to the town walls, ready to launch a surprise attack. The whole time, a baker’s apprentice was observing the Teutonic forces. He used a shovel to cut the ropes which held the portcullis in its raised position, thus closing the gate and preventing the enemies from entering the city.

To honour the baker’s heroic deed, the residents of Elbląg erected a statue of the baker in 2006.

During armed clashes in February 1945, the roof of the tower was destroyed, whilst fire totally gutted the interiors.

The reconstruction of the Market Gate commenced in 1949. It was the first restored monument in Elbląg.

In 2006, the European contributed funds for a thorough renovation of the Market Gate. Since then, visitors have been able to admire the panorama of Elbląg from a height of 24 metres.

The views from the top of the tower are not much to write home about as the small windows are closed.

However, being inside, and climbing up the tower – it’s all about immersion in the fascinating history of Elbląg. 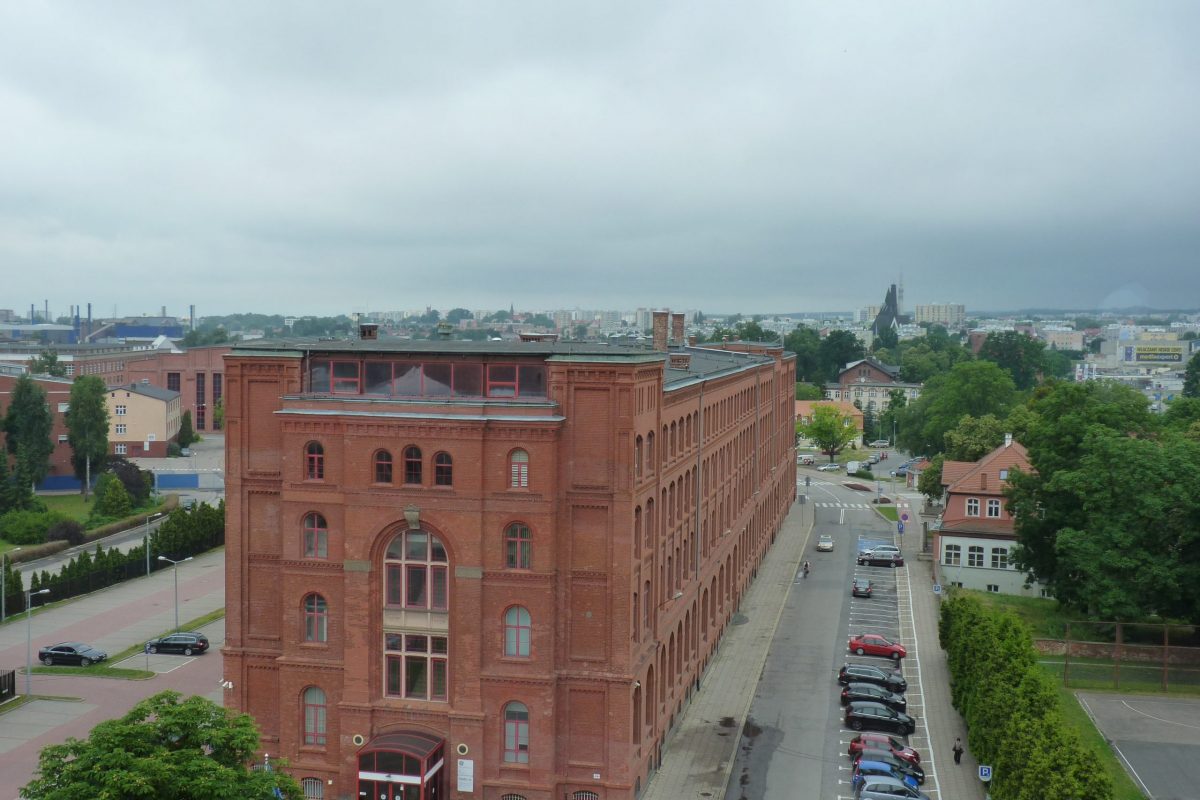 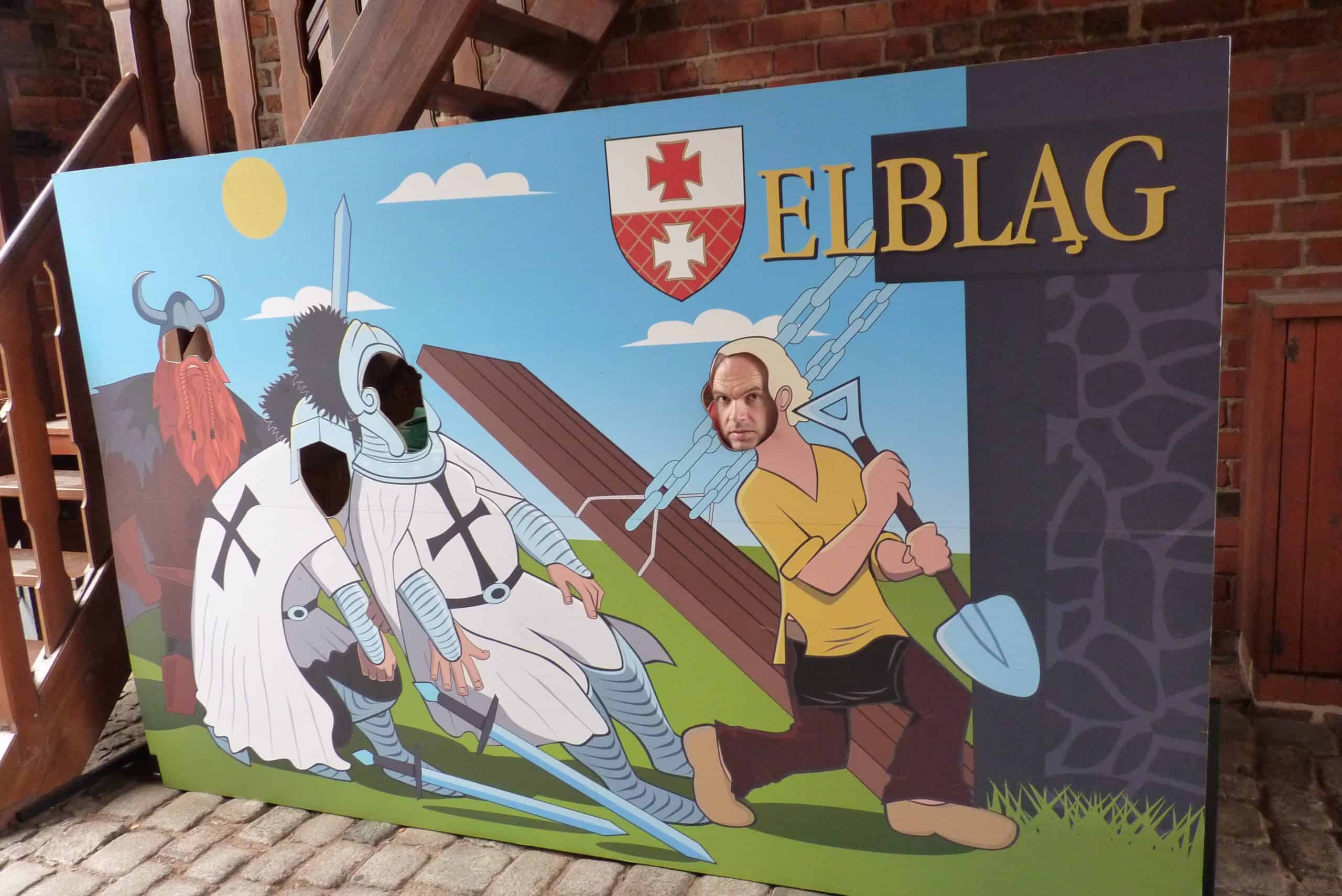 3. Visit the Museum of Archaeology and History

On the way to the Museum of Archaeology and History, we checked out some beautiful tenement houses along Wigilijna and Świętego Ducha streets.

The Museum of Archaeology and History in Elbląg houses fascinating exhibits from various archaeological sites. Areas excavated include the Old Town in Elbląg and Truso – the former Viking trade settlement.

The vast collection of artefacts is located in two buildings: the former Słodownia (meaning Malt House, also known by the popular name of Podzamcze), and the former Middle School.

The ticket office is located in the former Middle School building. I found the exhibits in this building to be rather boring. Just a bunch of old pots and pans. Nevertheless, you won’t be disappointed by the exhibitions in the Malt House building.

On your way out of the Malt House Building, ask the docent for any material or books in English. I received a free guide book to the history and the preserved monuments of the past of Elbląg and Kaliningrad. The two cities have a great deal in common, and the museum in Elbląg and the Friedland Gate Museum have been collaborating for a few years through the “Museums over the borders” project. 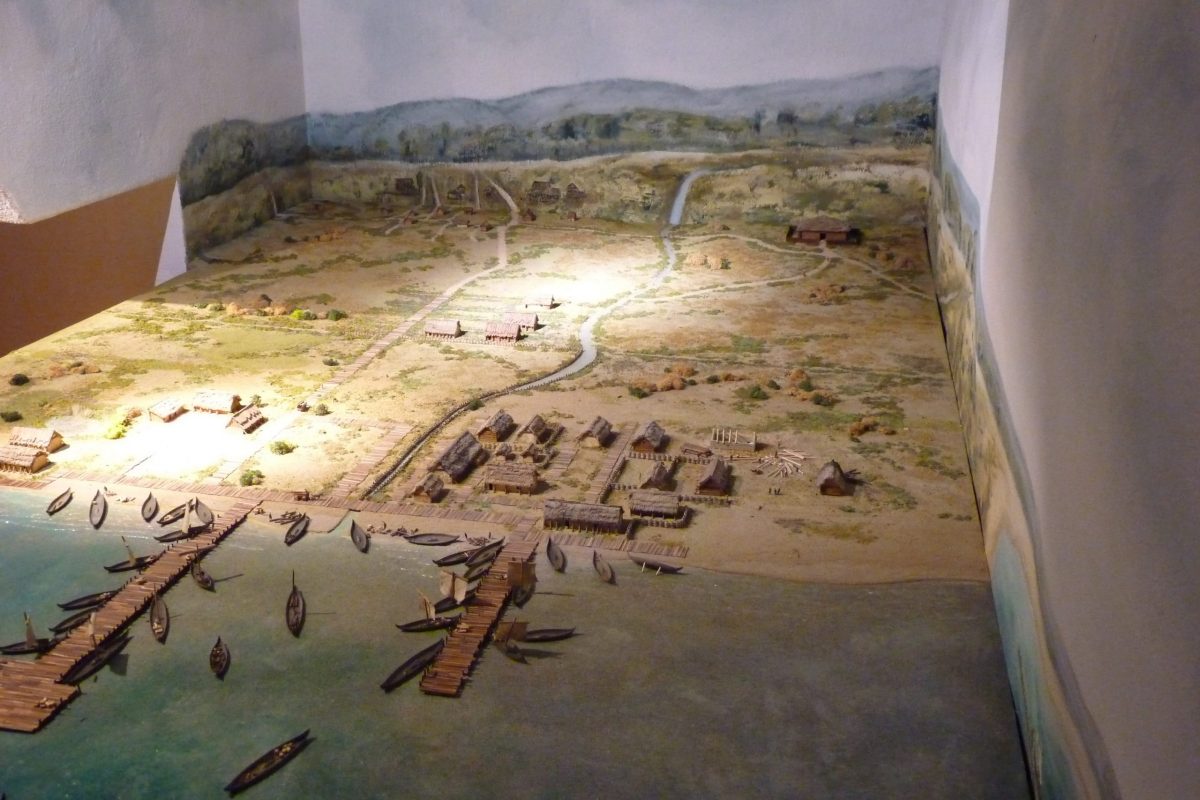 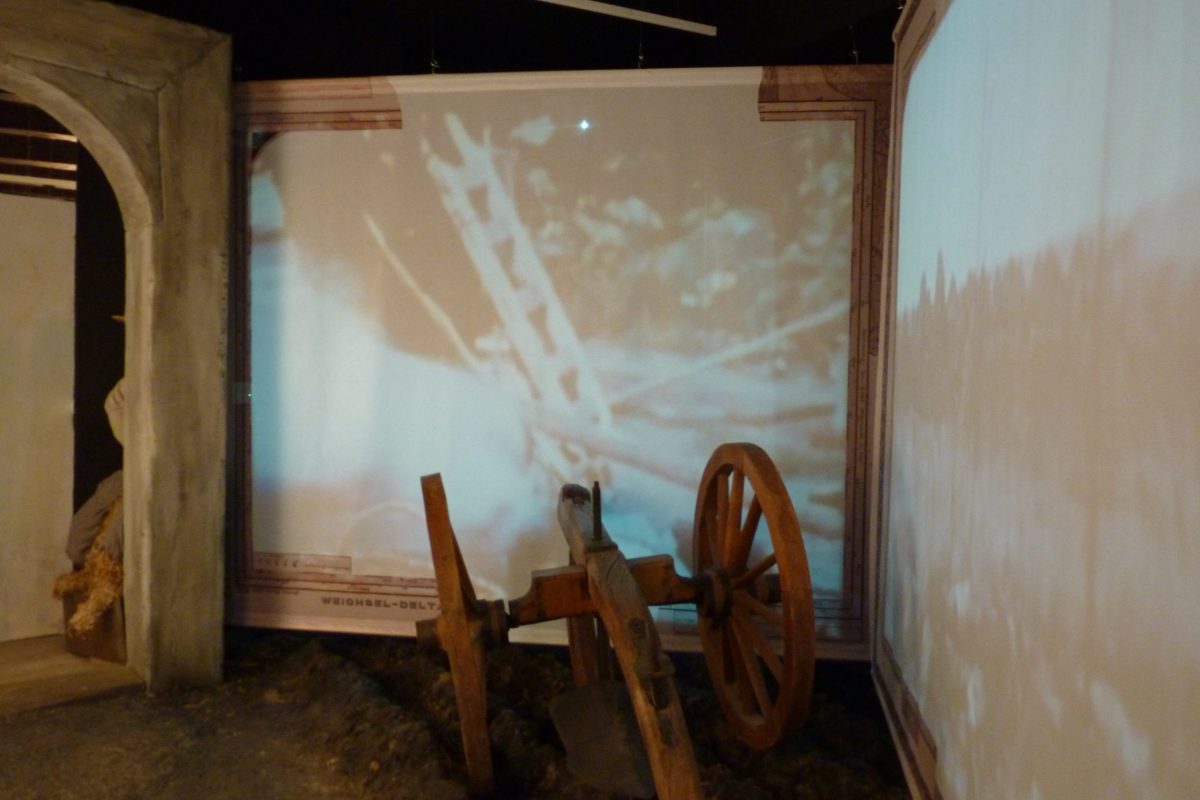 In medieval sources, the street was referred to as “narrow” (first mentioned in 1341). It was called “Church Path” due to the fact it connected three churches: the Holy Ghost hospital, the parish church of St. Nicholas, and the church of the Holiest Virgin Mary.

After the Second World War, only this section – Church Path – survived. The entire passage is spread over ten Gothic arches. 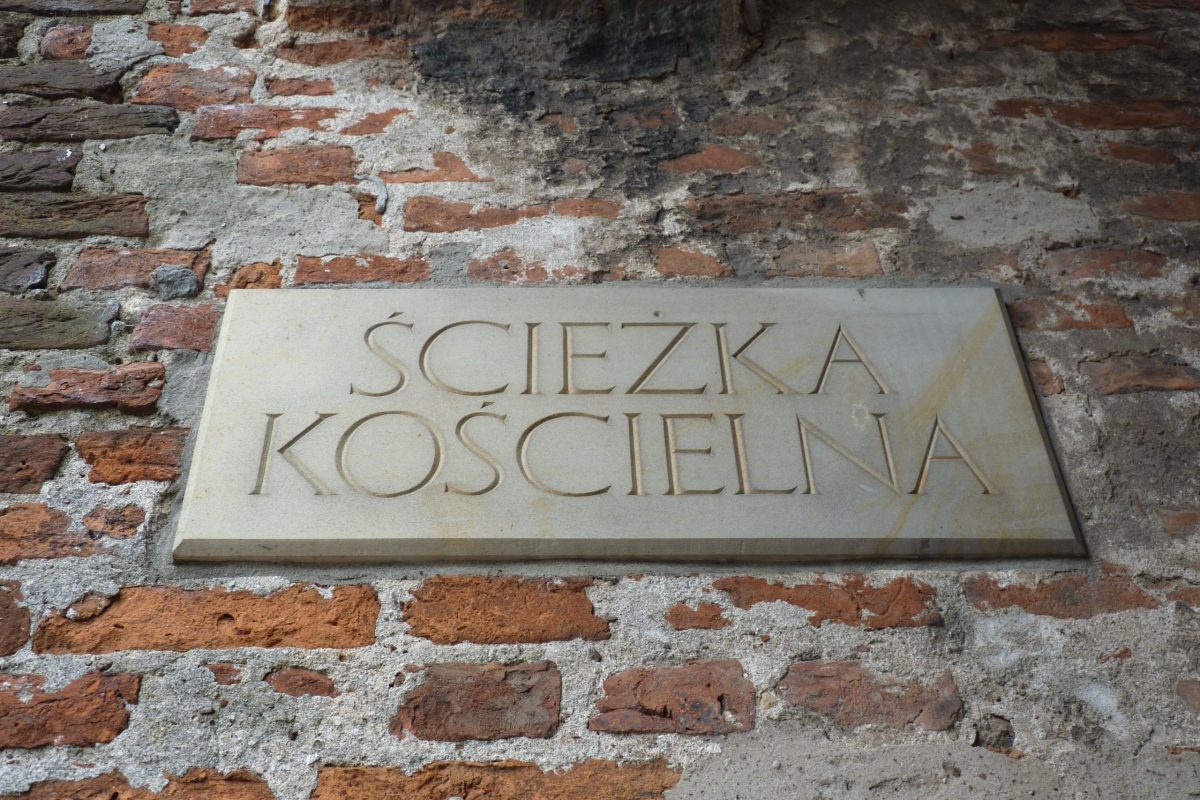 5. See the Old Town bridges and go for a walk along the Elbląg river

One of the best essential things to see and do in Elbląg is to spend time by the Elbląg River.

As part of the revitalisation of the riverside area and the strategic program of restoring the river’s status as the main axis of Elbląg, two drawbridges were commissioned in 2013. Moreover, the eastern waterfront between the bridges was modernised.

The bridge with the oldest tradition is High Bridge, at the end of Mostowa Street. Evidence that it underwent repairs in 1322. Therefore, it was certainly constructed earlier. 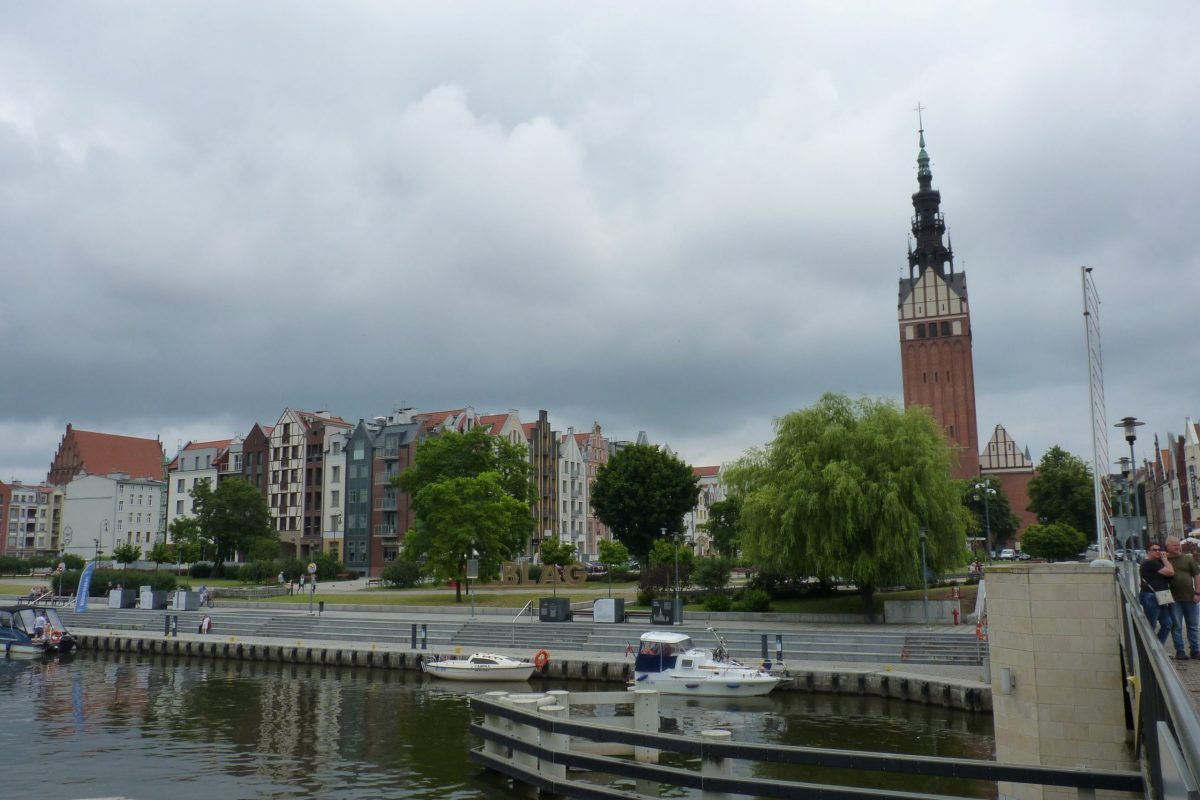 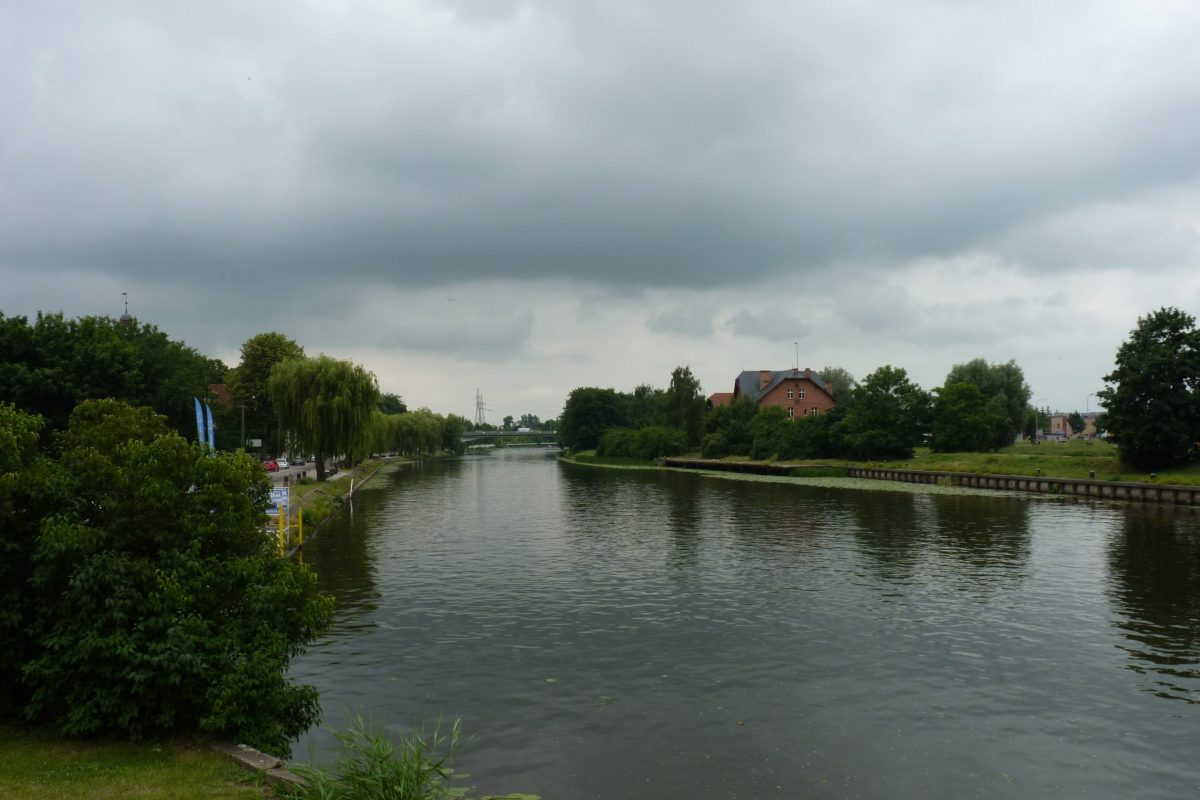 With my list of top five things to see and do in Elbląg, I’ve only scratched the surface.

For history buffs, and those into old buildings, Elbląg ticks all the boxes.