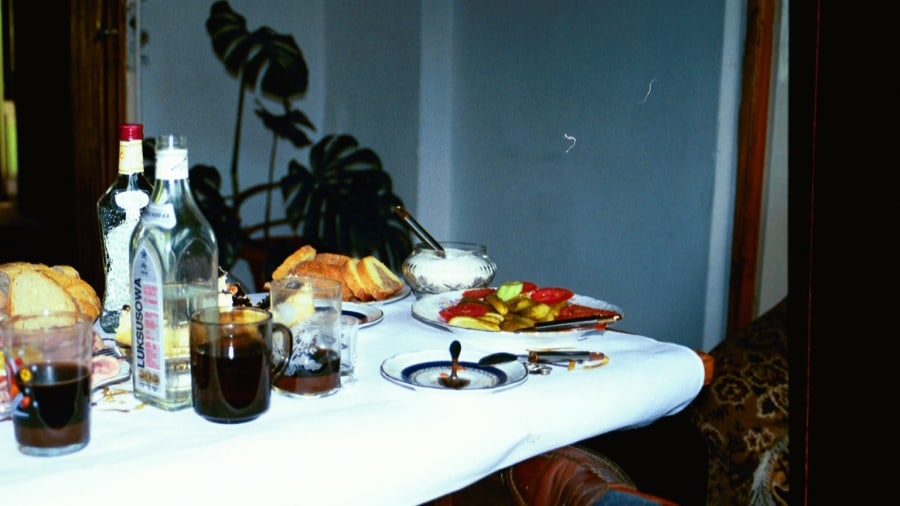 The previous story on this blog detailed my epic coach journey from Nottingham, England, to Kraków, Poland. This journey wouldn’t have happened if Paweł, a chap I met at university, hadn’t invited me to Poland. Moving on to my first visit to Poland in 2005, this post outlines four ways in which I experienced culture shock in Poland:

My first encounter with Polish hospitality was at Paweł’s family home in Mszana Dolna.

Mszana is a quaint little town some fifty kilometres away from Kraków, and roughly the same distance north of Zakopane at the foot of the Tatra Mountains.

Upon entering his house, Paweł asked me to take my shoes off. Honestly, I don’t think I’d ever been asked to do such a thing in England. So, Paweł handed me a pair of slippers. According to this article, Poles don’t like it when their guests are in with a shout of catching a cold!

I soon became acquainted with Paweł’s very welcoming family. His mother, Ewa, was extremely hospitable and generous towards me. She also tried hard to communicate with me, despite her basic command of English.

Ewa had guests staying in the house. However, I never felt like I was in the way. With Paweł translating, it was a pleasure to get to know a bit about these people and Polish culture. Likewise, Ewa and her guests tapped into my life and interests without prying.

I vividly recall sitting in the house one evening with Paweł, Ewa and all their guests. There was a guitar in the house, and I was invited to play and sing a few tunes. Just before performing “Blowin’ in the Wind”, someone turned the lights out. Overall, it was a humbling experience – and a great way to bond with these unfamiliar people.

Hospitality is not about offering an excess of food and drink to guests. It’s about making guests feel part of the family from the word go. This is particularly true when it comes to those who find themselves in very unfamiliar surroundings. Paweł and company ticked all the right boxes when it came to settling my nerves and making me feel welcome.

The first stage of culture shock

Researchers generally agree that there are four different stages to the process of culture shock. These are honeymoon, negotiation, adjustment and adaptation.

My first trip to Poland was a wholly spontaneous affair. After all, I had hardly got to know Paweł before he invited me to Poland. Hence, I had nothing to lose and everything to look forward to. I think that this spontaneity was one of the reasons why the “honeymoon” period was always going to be a euphoric one for me. In Mszana, every stroll, the slow pace of life and anything else that looked different to what I’d been used to in England, hit me with a positive rush of adrenaline.

I immediately became infatuated with the language, people and the food in my new surroundings.

In sum, the “honeymoon” stage of culture shock certainly had a hold over me during my first week in Mszana Dolna. 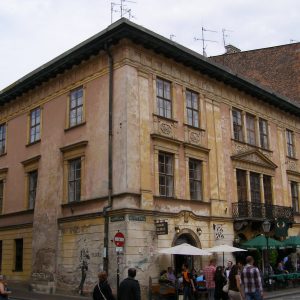 I spent the second part of my first visit to Poland in Kraków.

Paweł put me up in his flat on Juliusza Słowackiego Avenue. This is a main road just a fifteen minute walk north of the Main Square. It was quite an architectural culture shock for me to be surrounded by so many tenement houses. I just didn’t know what to make of them. Were they charmingly historic? Were they symbols of rampant urban evolution? Did they just need a thorough renovation? Were they “breeze stealers” on oppressive 35-degree summer days?

A large number of Kraków’s tenement houses have been magnificently renovated in recent years. I haven’t had much chance to see the results. Back in 2005, most of them looked dilapidated.

I had been used to seeing the same old bungalows and semi-detached houses for the first eighteen years of my life. Hence, it was quite a culture shock for me to be surrounded by Kraków’s tenement houses.

As the title suggests, Poles like a nice open-faced sandwich at every possible mealtime. With such a sandwich, the “filling on top” is not covered by another piece of bread.

When I first saw Paweł and company in Mszana eating open-faced sandwiches, I was quite bemused. What could I do? In the name of cultural immersion, I began to do things the Polish way.

I got used to open-faced sandwiches very quickly. After all, you do feel the full flavourful force of the ingredients when you don’t bite straight into a piece of bread.

To get from Paweł’s flat to the Main Square, I had to walk down Krowoderska Street.

I am not qualified to say that the whole of Poland was shockingly poor in 2005. However, walking up and down Krowoderska Street, and occasionally veering off into some of Krowoderska’s side streets in the Piasek Północ and Kleparz districts, I incurred monumental culture shock. The buildings and dubious characters hanging around outside them were in a terrible state. Moreover, I saw no end of alcoholics rooting through rubbish bans. To top it all off, I walked past the same old prostitutes every day on Krowoderska.

Admittedly, I saw what I saw in a very specific part of Kraków. Fortunately, I was able to bear witness to the true charm of this city in the following years.

Summing up – Culture shock in Poland

The four aforementioned areas pertaining to MY culture shock in Poland only relate to what I witnessed in two places in 2005. However, I’ve tried to refrain from making sweeping statements, such as “all tenement houses needed knocking down” or “every Polish city was full of alcoholics and rife with prostitution in 2005”.

Yet, I know that times have changed.

I do not believe “poverty” is a word that can be associated with Polish cities nowadays. And I’ve read that most of those tenement houses in Polish cities are no longer dilapidated after being renovated in recent years.

Finally, Polish people don’t seem to have let go of their hospitable nature