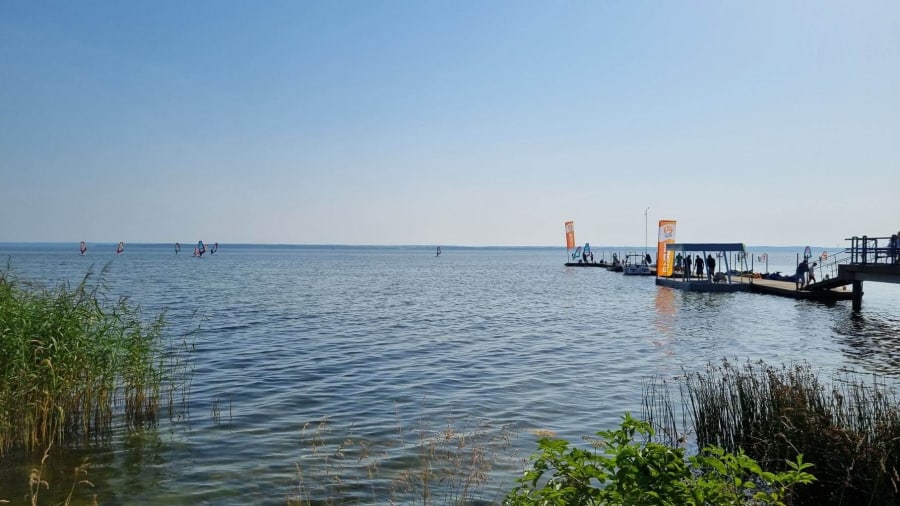 My wife and I ended our two-day stay on the Hel Peninsula with a short meander around laid-back Chałupy.

On the day we visited Chałupy, we had already wandered around Jurata, Jastarnia, Kuźnica and Hel, having spent the previous day in Hel as well.

A few words about my time in Chałupy

So, I parked up on Sztormowa Street, just off the main road running through the peninsula.

From there, it’s but a short walk to Chałupy Pier. The crystal clear water and scattering of windsurfers, all under cloudless skies, made for picture-perfect views.

From the pier, we made our way to the north side of the Peninsula. On the way, we stopped off for drinks at Przystań. This is a laid-back little restaurant serving the usual comfort food.

From Przystań, we walked to Chałupy Beach. First impressions – very wide and clean. The beach is covered with soft and fine golden sand. Wooden groynes, which stretch a fair way out into the sea, add to the incredible charm of Chałupy Beach.

A word of warning

Exiting the Hel Peninsula by car can take time and your deepest reserves of patience. Early in the evening, on a Wednesday, it took me around 90 minutes to drive from Chałupy to Władysławowo – a distance of around eight kilometres.

You’re more or less guaranteed to get stuck in a traffic jam here in the summer months. It’s just a matter of how long it’ll take you to reach Władysławowo.

I have also heard that there can be heavy traffic between Władysławowo and Puck. Fortunately, we didn’t encounter this.