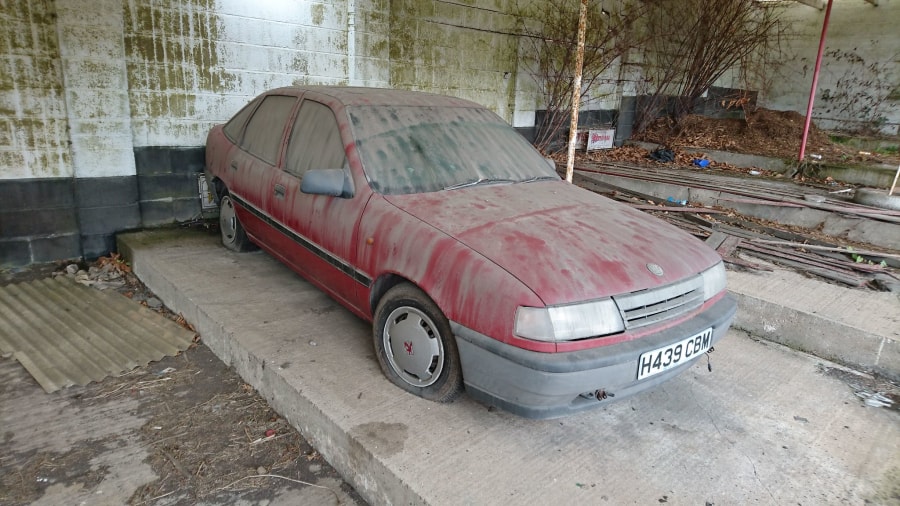 If you’d like to buy a used car in Poland, and tremble at the thought of getting ripped off, you’re in the right place.

This post details the various shenanigans I faced as someone with a rather limited command of Polish and very little knowledge of cars.

First port of call to buy a used car in Poland – otomoto.pl

One of the most popular websites for the sale of used and new cars in Poland is OTOMOTO.

My wife and I did some very intensive browsing of used cars on this site from the end of February.

Searching for cars on OTOMOTO is very self-intuitive. Even with zero knowledge of Polish, you’ll still be able to navigate your way through the search boxes and recognise what’s what. Google Translate can always come to the rescue.

Many official dealerships advertise used cars on OTOMOTO. These cars may be more expensive than ones advertised by private sellers. However, they usually come with a warranty.

So, entirely at random, here are the details for a Volkswagen Golf V which a private seller is advertising:

If you want to buy a used car in Poland, you’re going to have to dig a bit deeper than these basic details on OTOMOTO.

Let’s check out what happened when I came very close to buying a used Skoda Superb.

Definitely sucked in by the word “bezwypadkowy”, I called the owner of 2015 Skoda Superb to arrange a viewing of the car.

The owner let me go for a test drive. Just as I expected, the car was comfortable and seemed to be mechanically sound. There were a few scratches on the car which I didn’t worry about too much.

At the end of our meeting, I asked the owner to show me the registration certificate (dowód rejestracyjny). I took a picture of this for a record of the licence plate number, the Vehicle Identification Number (VIN) and the date the car was first registered.

With these details, I was able to check out the car’s history online.

Proud of myself for being responsible, I entered the details of the Skoda into the online Central Vehicle Register:

The register is kept by the Minister of Digitization on the basis of the provisions of the Road Traffic Act. Data for this register has been submitted by several thousand entities independent of the Minister of Digitization since 2004. These entities include, among others, the Police, the Road Transport Inspection, the Insurance Guarantee Fund and the Polish Motor Insurers’ Bureau.

What kind of information about the history of a vehicle can you obtain from the Central Vehicle Register?

As soon as you’ve entered the data belonging to a car into the Central Vehicle Register, you can check the following:

You can also download a PDF which summarises everything related to the car’s history and current status.

Overall, I believe that historiapojazdu.pl has its uses, but it only seems to provide basic information about a car.

Risks according to Carfax

The Central Vehicle Register cooperates with Carfax – a commercial web-based service that supplies vehicle history reports to individuals and businesses on used cars.

Here’s the Carfax report which shows a very clean history for the Skoda:

Incomplete reports: The dark side of the Central Vehicle Register

Here’s a translated section I found on Uniqa’s (an insurance company) website:

Since “Vehicle History” uses the CEPiK database, we can only check cars registered in Poland through it. If the car was imported from another country or used abroad for a long time, the application will not return the full history of the vehicle – we will not know, for example, service data. If the car has been marked as stolen abroad, we will not find out about it either. In addition, we will not learn from this database about minor damage and collisions in which the vehicle was involved. This is the case regardless of whether these events were reported by insurance companies as an insurance adjuster or not.

I’m glad my friend made that call

Back to the Skoda Superb.

Owing to my rusty Polish, I got my friend to call the owner. I wanted to find out the answers to the following points:

My friend got back to me and explained that the car once had a “bump” on the left side of the car.

What is a “bump”? Was it just on one of the doors? Did another car smash into the left side of the car?

Autobaza – It could be your saving grace

Somewhat gullibly, I decided to investigate the “bump” further instead of giving up on the Skoda altogether.

A quick google search led me to the website autobaza.

The first thing I did was to type in the Skoda’s VIN:

The next screen gives you a taster of a car’s history. The single entry in the incident history section (Historia incydentów) intrigued me. Did the Skoda Superb just have a small bump or was there more to the car than met the eye?

I paid 70 PLN for a report which details the car’s history.

On my dashboard, there is a list of reports pertaining to the Skoda:

Let’s click on the first “Otwórz raport” to check out the car’s history.

The first thing I saw was the following warning:

This means that the site has picked up a reported event/incident.

Finally, some good news. The “database of stolen vehicles” didn’t detect anything:

Now, the vehicle’s history. Not a good start. There was an “incident” in April, 2016, involving the left, back left and back end of the car. A smash made in Poland!:

I also found it interesting that the colour of the car was grey (szary) in October, 2019:

Yet, in February 2021, the colour of the car was different (inny kolor):

The graphic of the car in the image below informed me that the Skoda had probably incurred more than just a small bump: 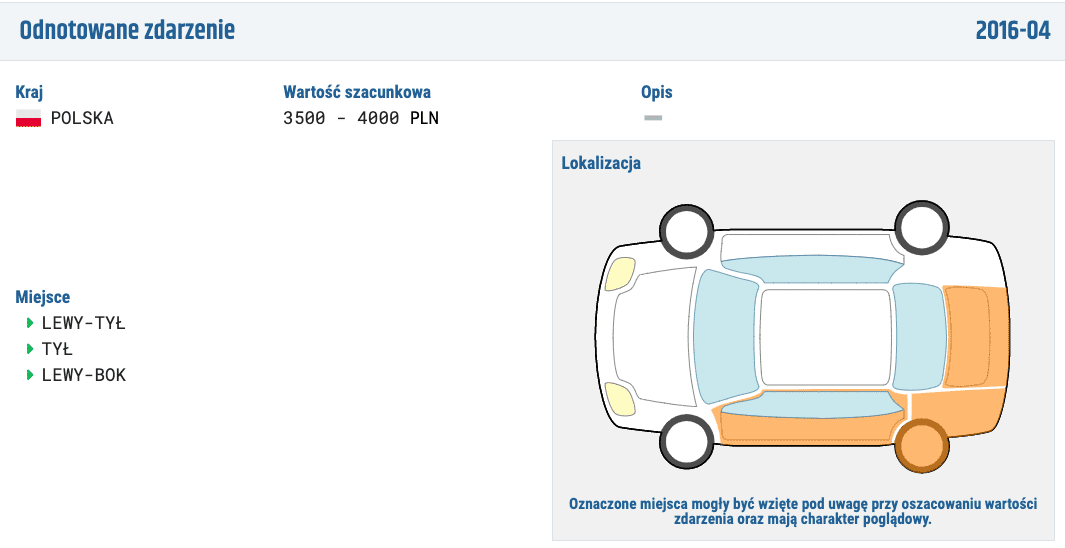 Even though the areas of the car highlighted in orange are only illustrative, I wasn’t willing to take any risks with this car.

After all, if I had to resell it in the future, other potential buyers would have the same doubts as I had.

Even though I’d already made up my mind to ditch the idea of buying the Skoda, I hit google to do some more research.

I think that Satyanam’s experiences and advice in this thread are worthy of attention if you wish to buy a car from a dealer.

The range in microns for checking the thickness of paint should be between 90 and 120. Naturally, a range of readings spread out over a car would be extremely suspicious.

To buy or not to buy a used car in Poland?

This experience with the Skoda Superb makes it very unlikely that I’d be able to go out and buy a used car in Poland in the future.

Two days later, I went out and bought a “new” 2020 Ford Kuga at a very attractive price. Basically, I bagged an unused car at the price of a very good second-hand car.

All in all, it’s a dog-eat-dog world out there. Unfortunately, you have to have a “I don’t believe anyone” mindset in this day and age.